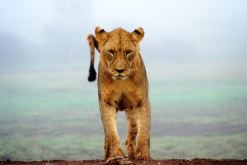 “He has done everything well.” He has healed paralytics. He has given hearing to the deaf . He has given sight to the blind. He has cast out that which is evil. He has spoken the unspeakable to power. He has calmed storms. He has fed thousands. He has liberated those are oppressed. He has revealed beauty within the “unclean”. He has exposed the dust, rust and dirt within the “holy” and “clean”. He has called those who have passed over. He has opened up God’s kingdom on earth just as it is in heaven.

And this is what he’s done in only seven chapters of one of the gospels. He’s still working, here and now. He’s still working in you and in me. In those who have honestly, authentically and vulnerably opened themselves to him he does great things. From those who have fearfully, pridefully, and stubbornly closed themselves to him, he has dusted the sand off his feet and walked away. He does all things well. He is trustworthy. He is good. He has come to breathe life, not suffocate it. He has come to tear open, not lock down. He has come to liberate, not limit. Do we trust him? Do we want to be a part of him and and his work? Laying ourselves down honestly, authentically and vulnerably is a terrifying thing to do, but Jesus does all things well. It’s scary to be sure, but oh so good. Trust him. For as we read in The Lion the Witch and the Wardrobe “he’s not a tame lion… but he is good.”