Over the last three years, antisemitism has been on the rise. It’s a fact, one that deeply troubles me. And as I speak out against it, organize vigils to stand with my Jewish 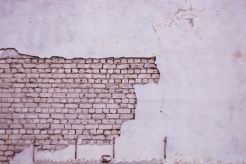 neighbors, and work to build a better and more whole community, over the years I have become aware of just how antisemitic my own faith is.

I am Christian, and even though I- a pastor- have my doubts sometimes, every Christmas my faith is renewed. There is something about the Jesus story that begins with him coming to us as a child that resonates deeply within my soul. But while I am firmly Christian, and as I work week in and week out in preparing Biblically rooted sermons, I am also in a place of deep wrestling with the ways in which my faith not only props up antisemitism, but also generates it.

It all begins with the idea of supersessionism. This is the notion that Jesus and the “New” Testament/Covenant supersede the “Old”, and in this way replace it. This can’t be, for as Jesus clearly says in his seminal teaching (The Sermon on the Mount), he did not come to “abolish the law or the prophets but to fulfill them” (Matthew 5:17). Yet, even as I embrace that, in order to have a Christology high enough to be in congruence with orthodox Christian Theology and belief, Jesus necessarily becomes not a fulfillment of the law and prophets but the fulfillment.

As all of this fans out through Christian Theology, we find ourselves- especially at Christmas time- making and fiercely defending claims that Jesus is the divine being, the Christ, the Messiah, sent to earth to save and redeem all, and nothing and no one else is. As I often say in Christmas sermons, “he is the one Israel has been waiting for”. Our Christmas carols sing of “Messiah’s birth” and “born is the King of Israel.” Even my favorite Advent hymn (perhaps my favorite of all hymns) sings, “Israel’s strength and consolation…” This is then fulfilled on Good Friday and “proven” on Easter Sunday. All of this is necessarily supersessionist, and it is not a far leap from supersessionism to antisemitism.

In the Gospel of John- a Gospel I deeply love- the phrase “The Jews” comes up 59 times in its mere 20 chapters, most often in a negative light, and has been used for centuries to prop up antisemitism. Johanine Scholar Karoline Lewis points out, thankfully, in the introduction of her commentary, “John’s Gospel has repeatedly justified anti-Semitic beliefs and behavior due to Jesus’ strong words to the ‘Jews’ throughout the narrative” (p. 5). She goes not to explain that this phrase is more of a reference to the Jewish leadership of the time and with whom Jesus was in ongoing dialogue and rabbinic argument. But we must ask, why did the author of John choose this phrasing? We are naive to deny that antisemitic sentiments may have been a, if not the, motivating factor. And this Gospel has been used perhaps more than any other to prop up antisemitism throughout Christendom.

Then there’s the issue with the Pharisees. I’ve been massively guilty of antisemitic preaching and teaching around this. The Gospels don’t paint a pretty picture of the Pharisees, and there were some issues in those day, but when “Pharisee” becomes synonymous with “anti-Christian”, what we are actually dealing with his not “anti-Christian” but… well… antisemitism. The Pharisees were a specific group within Judaism, who were well educated, Torah observant, held high positions in their religious circles, and were seeking to live out the faith handed down and entrusted to them. The goings-on between them and Jesus were a “family” argument, much we like we Methodists are having right now. Jesus indeed had hard words for them (he opens up a serious can of “woe to you” whoop-ass on them in Matthew 23), which inform the story and from which we can learn, but these people were not evil, nor were they enemy. We too often make the Pharisees into one dimensional straw men that we can take down, and in so doing, the seeds of antisemitism are germinated.

As we sweep through the history of Christian Theology and Church History, we find antisemitism and supersessionism all over the place in varying degrees. And I say varying degrees, because there are many of us trying to find our way through this faith while naming and hopefully dismantling this. But the truth is, it is so deeply embedded in the faith, that to do so means not only reimagining the Gospels, but doing so in a way that challenges our hymnals, our creeds, and our core doctrines handed down to us. If we do not challenge them, we prop them up, and in so doing are not just heirs to antisemitic theology and doctrine, but participants as well.

But what then are we to do? Because while I continually see the antisemitism embedded in much of Christianity and Christendom, I also come to the manger every Christmas in tears. The story changed, and is changing, my life for the better. I’m a more whole person because of the Jesus Story. Something beyond myself happened to me and in me because of it. It’s not just theological. It’s personal. It’s spiritual. It’s at the core of my being. We have some really dirty bathwater, and I want to throw the bathwater out, but I don’t want to throw the Baby Jesus out with bathwater. Is that possible? I hope so. I’m trying. I may be left with a Jesus I don’t entirely recognize, and while that’s scary, it may be good.

So what do we do? I don’t entirely know, but here’s what I’m working on. And I am doing so because, fellow Christians, when it comes to antisemitism, our hands are dirty. Really dirty.

The above is just a beginning. The bottom line is this: We Christians are naive to deny that our faith props up antisemitism. It does. In no way, am I calling for us to abandon our Christian faith, but I am calling us to carefully examine it, test it, name its centuries old failings, deconstruct it, and reimagine it along the way. Let’s change the narrative. If that makes me a heretic, I guess I’m okay with that.