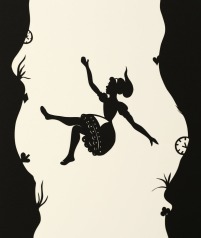 I feel things deeply (shocking, I know). Today is one of those days when the feelings are taking the deepest of dives. That is to say that feelings are deep and rich, not necessarily and purely dark or despairing.

Over the last 7-8 years or so, I’ve become more aware of the ways in which my position and voice can be used for good in this world, not just in the Church. I’ve come to see that, especially in a society where Caesar asks for our opinion, the Church (and by that I mean the people that make it up, not its institutions) should be having more of an effect on the world. We should be relevant and active in shaping a more just and equitable society, both at the micro levels of our neighborhoods and the macro levels of national and global politics. Because of that, I have become far more politically active and aware than I ever thought I would be.

Today here I am, sleepless in St. Louis Park, feeling deeply grieved about the condition of this country which I really do love and of which I am supposed to be “proud”. Some would say “shut it off, Paul”, which is good advice, but that’s also all too easy. It’s too easy for a privileged, white, cisgender male like me to just “shut it off”. This morning I’m acutely aware of those who can’t do that, because the consequences of our currently reality necessarily keep them awake.

I’m acutely aware of 800,000 government employees who aren’t getting paid, some of whom are beginning to face very real personal financial crises. I’m acutely aware of a President who in that context tweets about how “strong” the economy is right now. I’m acutely aware of the way that this country so quickly moved from what we know now was merely a veneer of unity after September 11, 2001, and into increasingly deep and profound polarization and paralyzation. I’m acutely aware that while the cold wind howls, I sit inside with a hot cup of coffee in warmth, safety, and security, while countless others in this nation live today in cold, uncertainty, and fear.

So, no, I’m not going to shut it off and bury myself in the healing balm that is Jim and Pam’s relationship in The Office: Because it’s not really a healing balm after all. It’s sand into which I bury my head. So I’m going to look around at it all, and do the only thing I know to do when the deep feelings rise up. I’m going to write. I’m going to write these words here on this “page”- these relatively unfiltered, somewhat stream of conscious, and more than anything, hopefully, honest words.

You see, I am not proud to be American. And I don’t think you should be either. I know for some that’s blasphemous because your context tells you that the worst thing you can do is not be proud of his “great” nation. But there’s no reason to be proud to be an American these days. I don’t need to cite the reasons why. You know. In a nutshell, it’s this: We’re a mess. If we were a sports team, we’d be right to show up to games with paper bags over our heads. So, no, I am not proud to be an American, and I really don’t think you should be either (but of course, that’s up to you).

Don’t be afraid to feel the anxiety and uncertainty in these times. Too much in our world today, deep feelings beyond joy and bliss are dismissed, criticized, and even shamed. Don’t be afraid to feel deeply. Get help with those feelings if you need it, but don’t be afraid to feel. It means you’re alive. It means the blood is flowing. Yes, you may need to shut it off for periods of time, but let yourself be sad, angry, or frustrated, but also joyful, blissful, or content. Let us not anesthetize ourselves into spiritual and emotional comas.

This is a complicated world, and these are deeply complicated times in our nation. And though today I am sad and angry, and though today I believe it’s all going to get worse before it gets better, there is one thing that sustains me and to which I cling. It’s this great gift to humanity called imagination. The beauty of the deep dive of feelings is that with them comes swirling currents of imagination. There is more.

We must never cease to imagine new and better worlds than the ones we currently experience. We must let those imaginations for a new and better world capture and captivate us so that we can work to build them- so that this work becomes work we can’t not do. So for me, on this cold, sleepless morning, the feelings are deep, but I will keep dreaming. I’ll keep fighting, I’ll keep awake, I’ll keep working, I’ll keep believing that there is more, that what it is right now will not always be, that the story isn’t over.

As I said, I’m not proud to be an American today. Nor do I think you should be. I think we should feel the abject dysfunction of this nation right now, and I think we should let it grieve our hearts. I think we should take that deep dive into the rabbit hole of what really is, and maybe there we will find a wonderland. A wonderland where there are things that are scary, but where this is also an endless imagination for what could be.