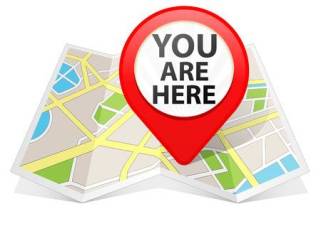 In my late teens, I had a radical conversion experience to Christianity. It meant something. I guess you could say “it took”. Having not grown up in the Church, I was at the mercy of the Evangelical Christian leaders around me to lead and guide me in this new found faith. Or as we would say then, “disciple me”. There was a deep wrestling in me in those days. I loved God and I was fascinated with Jesus, but there was a narrowness and a shallowness to the faith that left me unsatisfied and confused. Since stepping more deeply into a life and work in ministry, the Gospel that I was “discipled” into demanded a reimagining, even if it meant being labeled a “backslider” or a heretic (both of which I’ve been accused). For the last 8-10 years, that’s what I’ve been doing.

Two things happened recently to get me off my duff and finally start writing about this. First, I introduced a study at the church I pastor that my congregation hates. It’s by Timothy Keller and it’s called “The Gospel in Life”. I led it about seven years ago at another church and I recall really enjoying it, but as I step more deeply into it today, I realize that it’s not the whole of his study that I like. I like Keller’s foundation, but I don’t like what he builds on that foundation. So in this series, I intend to use his foundation to build or reimagine a different kind of Gospel (so though I don’t like his result, I am grateful for, and want to make sure I give credit to, the foundation from which builds).

The other thing that happened was an article in last Sunday’s Star Tribune, coming out of a series called “The Unchurching of America”. It described exactly what I’ve been feeling for over a decade about the Church, where it’s headed, and the massive course correction it needs. To be clear, I do not think we need to “reimagine the Gospel” so that it will sell better to Americans. Rather, I think we need to “reimagine the Gospel” because the product we’ve been “selling” for centuries simply isn’t worth buying, and thankfully culture is exposing that. As I felt 20 years ago, it’s narrow, it’s shallow, and in this, it falls short of the complexity and profound grace I see today in the Gospel of Jesus Christ, a Gospel that is one which truly gives life and gives it abundantly (John 10:10). Also, I don’t believe this reimagining is necessary in order to grow (or regrow) the Church numerically. I’m not convinced it will. I think it’s necessary simply for the sake of authentic vitality. While the Church dies, I believe there is a Gospel that is very much alive. It’s just buried beneath 1,500+ years of Christendom.

So, with that, here’s my “Reimagining of the Gospel”, Part I:

I was originally told that the Gospel begins with the end. It begins with “if you were to die today, where would you go?” The implication is that if we think about the end times, whether it be our own or the world’s, where would I end up? This should motivate us to rethink our lives and “accept Jesus” so that we will float away to Heaven and not be left here to burn up or be sent down into… well… you know. So you start with the end. You think about the end, and set yourself up for that.

But what if the story begins with where we are? After all, in the Christian story, God comes to us and meets us- dwells with us- where we are. Throughout both the Hebrew and Christian Bibles, I see a God who is now. In fact “I AM” is God’s name in the beginning. God starts right here.

Later in Jeremiah 29, the prophet offers some amazing words to the people who are in exile in Babylon. They are a long way from home, they are unsure of when they get to return home, and they don’t what to do. While this was a very literal reality for them, I think the church in America today is facing a similar kind of metaphorical exile.

Christianity as we know it is no longer the norm in America, we’re a long way from it, and, and we are trending farther away. And, on top of that, as the article in the Star Tribune quotes one pastor “[we] don’t know what to do about it” (speaking specifically about reaching younger generations, but there is an implication here that we don’t know what to do about anything in the decline).

Jeremiah says to the people in exile, “Build houses and live in them; plant gardens and eat what they produce. Take wives and have sons and daughters; take wives for your sons, and give your daughters in marriage, that they may bear sons and daughters; multiply there, and do not decrease. But seek the welfare of the city where I have sent you into exile, and pray to the LORD on its behalf, for in its welfare you will find your welfare.” (Jeremiah 29:5–7 NRSV)*

In other words, start where you are. Don’t’ worry about what was. Don’t worry about what will be. Be right where you are and embrace it. Be in the city, in the region, in the time and space in which you exist now. For too long too much of Christianity has had the attitude that “none of this matters because God’s just going to wipe it all away someday soon anyway”. Contemporary Christianity has taken the achingly beautiful songs of hope that American slaves needed to sing merely to get through a day, and we have appropriated them on to our relatively liberated and affluent lives today, breeding a Gospel of passivity and laziness about the world we live in and can influence.

The question is “what kind of influence is that? How should the Church influence the world?” And this is a dangerous question. The other extreme of a Gospel of passivity in simply waiting for “some glad morning when this life is over” is a Gospel of assimiliation, where we move into communities and assimilate them to us. The American/Western gospel has found itself moving toward one of two options: Hiding out in passivity about where we are, or stepping into varying forms and degrees of imperialism in taking over and assimilating where we are.

There’s another way to be where we are.

I think God wants us to be where we are, but neither to be passive nor imperial about it. Sociopolitically I think God says “be a part of your community. Be where you are. Love it, pray for it, serve it, participate in it.” But it’s not ours to change. When we try to do the forming, we do so in our image and we end up perverting the image into which God desires to form things. So God says, “be in it, but let me do the shaping.” We sing the words “You are the potter, I am the clay”, but too often we make ourselves the potter of the world around us. The world isn’t ours. For too many centuries the Church has claimed the world, and it has led to nothing but imperialism, oppression, and genocide of varying forms and scopes.

The world is not ours to form or grow, but it is, according to God’s call on humanity in Genesis 2:15 to “till and keep”. That is, it’s ours to be in, to be a part of, to nurture, and to serve. This is what it means to have “dominion” over the earth (Genesis 1:26): It is not to exploit for our own purposes, but to “till and keep” for God’s purposes. We are gardeners, not monarchs.

I think when it comes to our personal faith, God is also saying “be where you are” and “let others be where they are.” We cannot micromanage people’s spirituality. We need to let people be where they are and simply trust that by virtue of breathing the same air we are, the same Spirit of God is at work in them as is in us. That means that in our Christian communities, we need to stop creating mechanisms that make uniform Jesus widgets, and we need to start creating safe spaces for people to explore a Jesus shaped spirituality. We need to welcome questions, doubts, uncertainties, contradictions, inaccuracies, and arguments into our theology and ecclesiology. We need to tone down the Christian education and dial up the spiritual practices. We need to create spaces, not systems.

In the beginning, the image God had for the world was one of life. As God’s gardeners, our job is not to grow the garden but to till and keep the Garden of Life. And though I know next to nothing about gardens (just look at my lawn), one thing I do know is that in order to tend to it, you must work with the soil you have. You need to be where you are. And you need to let others be where they are. You cannot be where you once were, nor can you be where you believe you may be going. You can only be here.

So, step one, in reimagining the Gospel, both for the Church and the Christian? Be here.