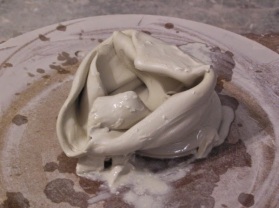 There’s a lot I don’t know. When I was in my 30s I didn’t think there was a lot I didn’t know, but as I’ve moved into my 40s I’ve become acutely aware of just how much I don’t know. But at the same time, I have been distracted lately but something that seems clear to me, and something we simply must come to grips with:

The United Methodist Church is not united (alert the media). The more we say that, the more we let that in, the better at this point. There are some really well intended, smart, wise, sacrificial people working really hard to find a way forward for us to avoid a schism, but the reality is that one already exists. And as much as I have liked to blame this division on the challenges of the cultural differences that exist in a global denomination, I think I’m beginning to see that this schism isn’t merely global. It’s local, it’s national, it’s not defined by geographical boundaries. On one side we have a movement seeking inclusion and equality with the LGBTQ+ community, and on the other side we have a movement trying to preserve our Book of Discipline’s exclusionary stance on such matters. As for me, I will continue to do what I can to battle for inclusion, but at the same time, I think we also need to come to grips with the idea that a split may actually be what’s best for us. The rift within the body may be too great. But more so, why are we so afraid of splitting?

A split is not failure. Splits have been the story of Christianity from the beginning. Prophets have been working for and calling for reform since the beginning. From a Christian perspective, reform began with a radical movement working for increased justice in a system that needed it. As with Luther and Wesley, Jesus had no plans on “splitting” from Judaism, and nor did he or his disciples ever do that. They loved their faith, but they also wanted to see some reform within it. Eventually the reform they sought led to a whole new kind of faith expression. The same was true of Luther and the same was true of Wesley.  But what ended up happening? Splits. It’s seems to be the natural course of things. So why are we so afraid of it? Denominational splits are only failure to the degree that The Reformation was a failure.

That is not to say that we should seek out splits or be quick to split. Part of what has made past movements so powerful is their leaders’ commitment to seek reform before split. There is no virtue in quickly grabbing our ball going home. But at some point you have to come to grips with the reality that it is time to go home. We can no longer play nice anymore, and the best thing for both of us is to split. I am reminded of a roommate situation my sophomore year in college. An old high school friend and I decided to room together. At first it was fun, but then it started not going so well. We got to a point where for the sake of the friendship I moved out. We’re still friends today. At some point you have to stop denying that something’s not working.

When the South Central Jurisdiction of the United Methodist Church brought the election of Bishop Oliveto to the Judicial Council as an invalid election because she is a professing Lesbian, rather than waiting for the Commission on the Way Forward to do its work, the degree of our division was exposed. It’s time to split. But why are we so resistant to it? Since when is the Church afraid of broken things? We are in the business of broken things. A broken body is our M.O. It is out of broken things that God brings new and beautiful life. So I say, beloved, let it break.

Yes, there are massive administrative complications, not the least of which are property and pension. And I don’t want to minimize these, as they have very real and felt consequences. The challenges in an institution this large cannot be dismissed nor denied, but at the same time, how can we preach the Gospels and at the same time let institutional complexities drive us? When we worry about who will retain assets in a split, I cannot help but hear Jesus saying “Foxes have holes, and birds of the air have nests; but the Son of Man has nowhere to lay his head” (Matthew 8:20). And when we fight to stay in a destructive relationship for the sake of pension, I cannot help but hear Jesus telling a rich young man that if he wants to follow him he should sell and everything he has, give it to the poor and then come follow him, to which the text tells us “When he heard this, he was shocked and went away grieving, for he had many possessions” (Mark 10:22). If the complications of property and pension keep us from leaving our comforts and systems to follow Jesus, then when these texts come up in our lectionaries we owe to it to our congregations to say “this doesn’t apply to us.”

All of this is to say I think it’s time we got honest about a split. A denominational split, whether it’s into two things or splintered into many, is not failure. It may in fact be the way of God through space and time. The Biblical narrative is rich with stories of the organizing structures of God’s people coming to places of fracture, and more often than not, beautiful things come out of it. And of course the ultimate example is the literal breaking of the body of Christ. The very body of Jesus was broken- split- and why? For us: “This is my body broken for you…” It seemed like failure at the time. It seemed like it was all over. But on the third day something so glorious and beautiful rose from the brokenness that Jesus’ followers didn’t even recognize it.

Might it be so too with the United Methodist Church? Breaking may seem like failure, but perhaps it is only to the degree that the cross was a failure. What if we simply name the divide that is already here, and just let it break? There will be a hard, hard, “three days” to follow it, but I believe that on that “third day”, something will rise out of it that is so beautiful and glorious that I might not even recognize it… but I sure do want to be a part of it. Yes, Jesus prayed “that they may all be one”, but he did so on the precipice of breaking his body. Is it possible that we might be more “one” in breaking than in trying to stay together? So I say, let’s let it break.

This is not to say that God planned this (or any other) division. But if there’s one thing I’ve learned about God in my life, it’s that God works with the clay at hand. And sometimes the clay becomes so brittle that it needs some water, and then needs to be picked up, thumped on the wheel, and then reshaped- sometimes into separate pieces. I wonder if all too often we apply Biblical metaphors to our personal formation and not enough to our communal formation. God may be saying that it’s to time to form something new here, but, unlike clay, we are a living organism with agency. We need to let God reshape us. It’s hard, yes, and there will need to be some grieving, but there is also incredible opportunity. This may be it for the United Methodist Church as we know it, but it’s not the end of God, God’s people, and God’s good Earth.

So let’s let it break. Let’s stop trying to hide in the safety of the wombs of our systems, and let’s move toward the new life to which God may just be leading us.