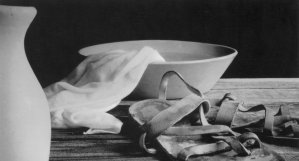 When you don’t grow up in something, you tend to be more curious about whatever that something may be. Call it a blessing or a curse, but that’s how I am about church stuff. I didn’t grow up in church, which means that there is little that the church does that to me is unquestionably necessary, and because of that I’m constantly asking why, and I’m particularly prone to do so with what we call things (I love words). From a language standpoint there may be no stranger day in the Christian calendar than Maundy Thursday. Some churches ignore this strange word all together and simple call it “Holy Thursday”. Some churches ignore the whole day! But even if we’re not asking why is it called ‘Maundy’, we still should at least ask what this Thursday before Easter is all about.

First let’s get this out of the way: It’s not “Maunday Thursday”. It’s not like Jesus snuck in an 8th day of the week, although I don’t think Jesus would argue with singing “eight days a week I love you” to us. It’s Maundy Thursday, which is a strange word begging the question “what in the world does maundy mean”?

Before we dig into that, let’s look at what it has come to mean functionally for the Christian church. It’s become the descriptor of the Thursday before Easter, and it recalls the scene in John 13 where Jesus washes his disciples feet. This is where it gets confusing. You see, if you read the Gospels closely you’ll find that in John, the disciples gather prior to Jesus’ arrest and crucifixion, but what doesn’t happen is what we call the “Institution of the Lord’s Supper” (without getting mired in the details, the chronology gets messy). Isn’t it kind of amazing that the most central activity of the Christian Church through history (on par with baptism) does not happen in one of the Gospels? That aside, this gathering gets placed on “the night before the festival of the Passover”, so traditionally we think of it as what we now call Thursday. So we have this gathering on the Thursday before Easter and central to it is often Holy Communion (because that shows up in Matthew, Mark and Luke just prior to Jesus’ arrest), but in John we get the most awkward of all Christian practices: The foot washing.

In the midst of the meal, Jesus gets up and washes his disciples’ feet. This is a profound act of humility and service, and when he is done he says, “So if I, your Lord and Teacher, have washed your feet, you also ought to wash one another’s feet” (John 13:14, NRSV). Later in the scene Jesus says what is known as the “new commandment”, which is, “I give you a new commandment, that you love one another. Just as I have loved you, you also should love one another. By this everyone will know that you are my disciples, if you have love for one another” (John 13:34–35 NRSV).

Here’s where it all comes together. There are some big words (at least as I understand it- Jewish friends, please correct me if I’m off base here) when it comes to 1st Century Jewish people, which Jesus and his disciples were, by the way . Two of those words are “covenant” and “commandment”. Keep in mind that neither of these are meant to eradicated in Jesus, but are meant to be fulfilled and extended him, which is why the Christian Bible contains the “Old Testament”- or “Old Covenant”- as part of its sacred story. In Luke, Jesus mentions a “new covenant” (this is huge, but a whole other post). In John Jesus mentions a new commandment. There are the 10 commandments. Then there is the “greatest commandment” in the Gospels. And here, in the final hours of Jesus’ life he gives a “new commandment”. The Latin word for “commandment” is “mandatum“ (see where this is going?). This scene in John 13 is (in our modern day western way of tracking days), in this sense, “Mandatum Thursday” or “Maundy Thursday”.

The heart of the day by virtue of its name is the new commandment to love one another as Jesus loved us. The example that Jesus had just given to his disciples about what that love looks like was in washing their feet. It was in humbling himself in service to the other. I think one could take the back half of that new commandment and rephrase it to say, “by this everyone will know that you’re disciples: the degree to which you pick up the basin and the towel in love for one another.”

There is nothing wrong or bad about having another worship service during Holy Week on Thursday. There really isn’t. It can be a beautiful and powerful service, and though these Maundy Thursday services are too often viewed in relation to Holy Week how the NIT is to March Madness in college basketball, you should go if your community has one. You really should. It’s part of the Holy Week journey.

But I also wonder if there’s something we’re missing about this “Mandate” Thursday, about “Commandment Thursday”. I wonder if it’s a day when we shouldn’t “go to church” as much as be the church. I wonder if it’s a day when we maybe also shouldn’t go to work or school. After all this is the new commandment. That’s heavy stuff. Maybe this should be the day when the church, as it is spread across the globe, should grab the basin and towel and head out into the world in service to it. Maybe it should be the day that we remind ourselves of some of Jesus’ last words to us, and indeed his last commandment to us, and in this sense a reminder of what we’re all about. What if the church was all over the dirt of the earth, not ceremonially washing feet, but metaphorically doing so in service to the communities in which we live and which we are called to love?

In Matthew Jesus’ last words to us are what is known as the Great Commission, and the church often sees these words as our “marching orders” (so to speak). Those words are, in short, to “Go and make disciples…”. But in John Jesus tells us how “everyone will know that you are my disciples.” It’s not by gathering in a sanctuary or worship center and singing songs, hearing a sermon, and engaging in some kind of ceremony or ritual. It’s not by how much Bible we know, how often we go to church, and how many activities we engage in. No, everyone will know we are Jesus’ disciples by how much we love one another as exemplified by the degree to which we lay ourselves down in service to one another and the world- that is by the degree to which we are a people of the basin and the towel.

Have a blessed Maundy Thursday, everyone.